Dr. Joss Avery arrived at the meeting early to set up his presentation on the Omnibus Project.  “Omni,” as he liked to call it, was the pinnacle of his career as a genetic engineer.  It was so significant to the future of humanity that he wasn’t allowed to talk about it with anyone holding less than a level 5 security clearance.
Important looking people began to arrive and the small room was filled with formal greetings and nervous chit-chat as seats were taken.  The lights dimmed, hushing the large oval table, and the delicate whir of the projector filled the room.
“The Earth has the capacity to sustain a very large population, if managed correctly.” Dr. Avery began.  “Science has allowed mankind to attain incredible feats such as curing disease and space exploration.  It has also allowed some of us such luxuries,” he paused and looked purposefully around the table, “as having a suburban lawn in the middle of the desert while others of us have no access to food and clean drinking water.”  There was a subtle stir as several people shifted in their seats and cleared their throats.
Dr. Avery allowed himself a small grin and continued in an energized tone, “Let’s get right down to it, shall we?  We are here because we want to solve the major problems we face as a human population: starvation and poverty.  We have the technology and financial support that we need.  We can make this work, so long as all of your government regulating agencies leave us the Hell alone and let us do our job.  Otherwise, it could take years … decades, maybe.  This is going to revolutionize the world economy!  Think of all the starving children in Africa that we could save if we can create a single Omnibus by this time next year!”
The table erupted with enthusiastic, yet polite, clapping and head nodding.  A serious looking woman named Doris, who was seated in the middle chair, deliberately raised her hand to quiet the group and asked, “Do we even need to put this to a vote?”  She didn’t wait for an answer. “I think everyone here is on board with your request, Dr. Avery.  We’ll be expecting your preliminary report in one month from today.”  Joss Avery nodded once back to her and turned his attention to clearing his presentation from the table.
Doris stood up from her chair with the grace of a swan on the water.  She looked around the table at the other twelve faces and then said, “Thank you all for coming.  It is with great pride that the United States government, represented by myself, will spearhead this crucial endeavor to save our species from extinction.  With all of your countries’ cooperation, we should be ready to begin mass-producing the Omnibus in just over a year.  Of course, before we get to that stage, we’ll have to set up a marketing committee.  Now, let us all move into the adjoining room for cocktails.”
The important looking people shuffled eagerly into the other room while Doris looked back toward Dr. Avery and winked at him.  When everyone else was out of hearing range she said, “I told you Joss, its all about who you know and knowing what they drink.” 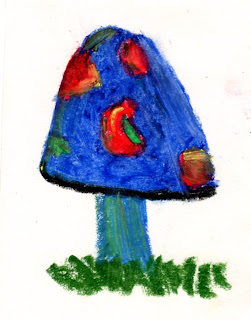 Dr. Avery was no longer involved in the retrieval of OP-32X (the X was to denote the project’s failure).  It was out of his hands and into those of an elite task force under the Pentagon’s authority.  Doris handled the cover-up.  While Omni continued to race against the daylight, American citizens were being told that the country was on a high terror alert and they should not so much as look outside their windows until further notice.
With the United States on official lockdown and nightfall approaching, the task force was prepared to seek and destroy.  But Omni proved a worthy opponent to all of their high-powered weapons.  His lizard genes allowed him to heal quickly and regrow his arms and legs, even his head, as necessary.  That second night, he managed to survive the onslaught of high powered rockets and heat-seeking missiles as he continued gaining momentum.
Sixty percent of the countries’ natural resources were obliterated.  Fortunately, Omni had no interest in eating people and the casualty list was short.  This made Doris very happy, as she organized the propaganda campaign, because she knew that people would not bill this as a tragedy if only a handful of people were killed.  Her job was to prevent anarchy.  People would starve to death, of course, but not for weeks yet.  She would deal with spinning that story when it happened.
In the panic, Dr. Avery’s security clearance had not been revoked and he was able to access the truth.  He knew that it was his fault – his brainchild, which could destroy the planet if he didn’t do something fast.  Suddenly, he realized he had one more option.  If he didn’t at least try, he would regret it for the rest of his life.  He picked up the phone and called his brother, “Jack?  It’s me,” he began. “I’m in serious trouble, here.  Yes, the deepest kind of shit!  Look, I need a favor. You know that satellite weapon thing you mentioned yesterday?  Well, how accurate is it?”
Jack was stunned.  Although he had meant it as a joke, it was completely within his power to make it a reality.  And if this went well, he thought, he might actually get funding to continue the program. “Very,” he answered, “very accurate.  All I need from you are the coordinates…”
Little did the humans know that an intergalactic transport ship from the planet Reath had been hovering just outside their solar system for days, scanning for signs of intelligent life.   The Reathlings had hacked into the satellite communications from Earth and were following the Omnibus debacle with avid interest; they had not seen anything this entertaining since leaving home many light years ago.  Their planet had withered and died, forcing them to abandon it.  The search for a carbon-based planet took longer than anyone anticipated.  Now, they watched the Earth full of hope and longing.  After much debate, the Reath elders decided to intervene on behalf of the poor unsophisticated creatures they saw with their telescopes.
Jack Avery uploaded the coordinates of Omni’s location to the Satellite Defense Program and the clock started counting down from 100.  He called his brother Joss to let him know that the sequence had begun.  They waited on the phone together in silence.
The Reathlings intercepted the coordinates easily and directed their highly sophisticated laser beam, supplemented with an anesthetic (they considered themselves extremely civilized), toward the Earth.  Then they reprogrammed the NASA satellite and made sure it was deactivated.
A bright reddish beam of light came down from the sky toward the Earth and Omni was vaporized in a manner of seconds leaving only a pile of grey ash behind.  The nearby task force halted their fire and gazed upward in disbelief.  The sudden silence aroused the curiosity of local people who began filling the streets.  Someone noticed the huge black spot in the sky getting larger and in no time it seemed as if the whole planet was outside waiting to welcome these strange guests.
After euthanizing the man-made monster (or “defeating the terrorists” as Doris was sure to have the media say), the aliens were welcomed by the human population as heroes, with open arms.  This made it easier for them to establish their real objective: colonization in order to build a new home.  They needed the humans, for now, as cheap labor to extract resources and build appropriate cities for their advanced civilization.  The Reathlings were not unkind by nature, but they had dreamed of a new home for eons while slowly becoming self-absorbed in their sophisticated technological ways.  Unlike the planet they left decimated behind them, they believed this one could sustain them indefinitely, if it were only managed correctly.
Posted by Leann at 8:16 AM